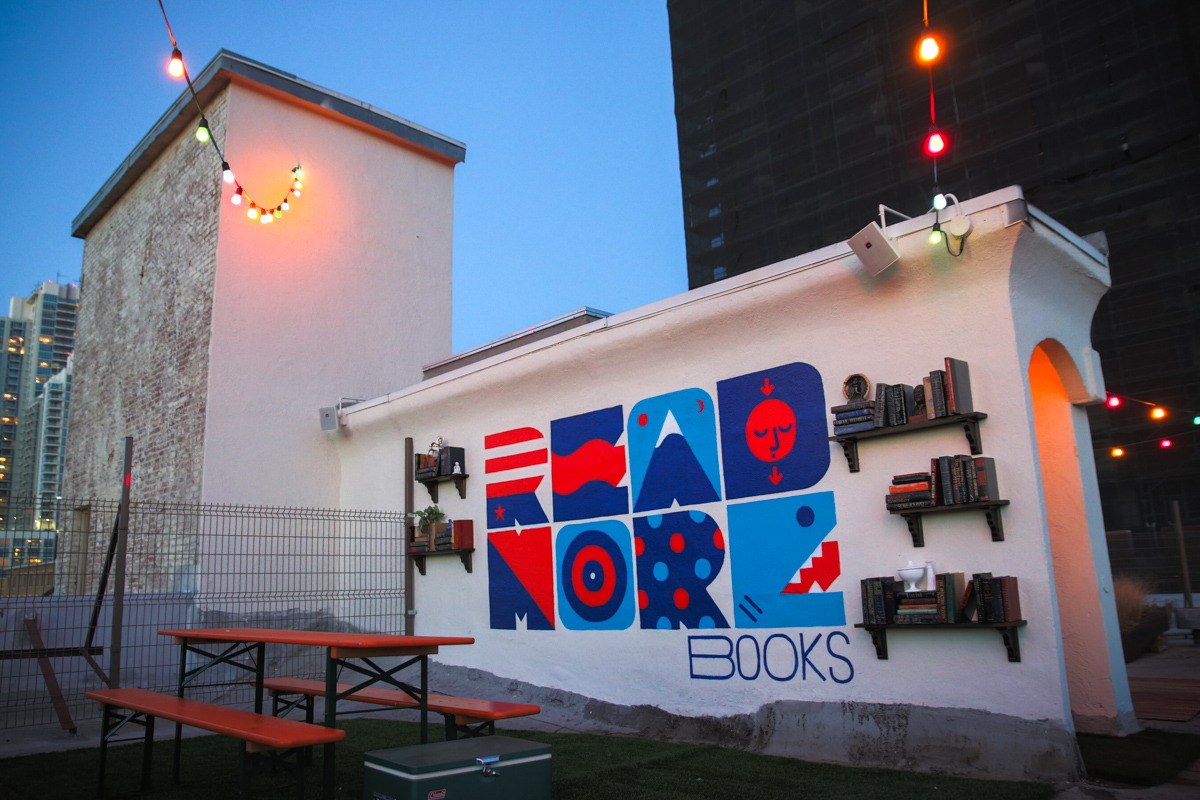 We use traditional tools, mediums, and methods in our design and business practice as well as in our personal work. We know that art plays as big a role in business, as in any other human experience, and we have managed to align ourselves with clients who understand that power. There is no doubt that creating unique, inspiring environments consistent with brand values is vital to the world of commerce. A goal is one of the things that unites the … END_OF_DOCUMENT_TOKEN_TO_BE_REPLACED 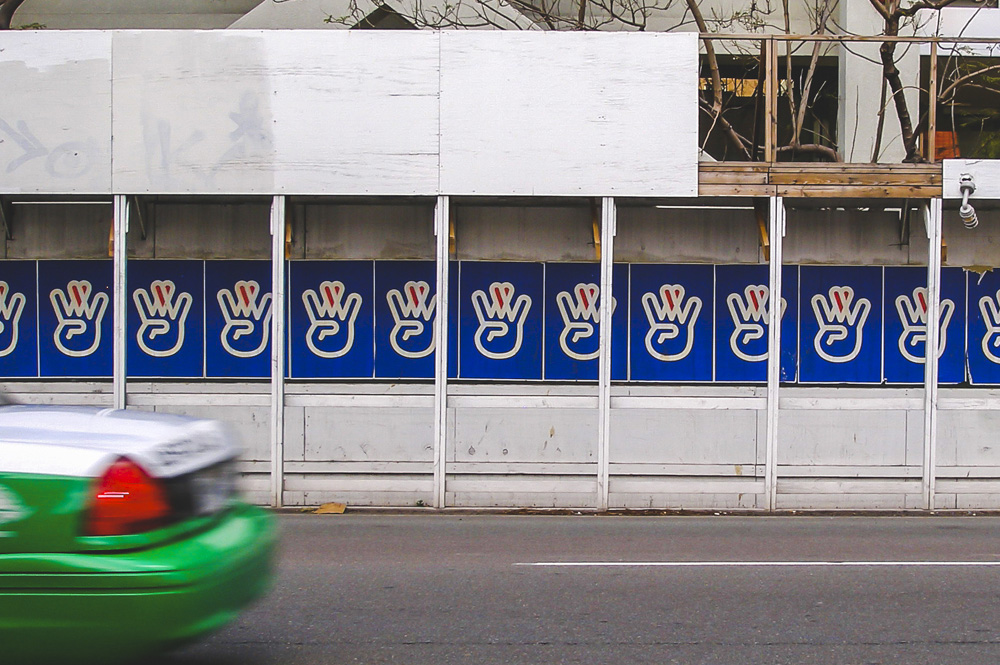 It takes an idea, an inspiration, innovation. We started Westside Love in 2009 as a sign of affection for our home, the Pacific side of the United States of America. It was our response to an “I Love New York” t-shirt, something that people on the West Coast could associate with. It takes getting your message out there. We’ve attended and worked the trade-shows to build contacts and connections. We created pop-up shops along the coast with full interior build-outs. … END_OF_DOCUMENT_TOKEN_TO_BE_REPLACED

Environmental graphics and installations designed for the stairwell and elevator lobbies as part of the remodeling of a 5-story, 54-unit complex located in Honolulu, Hawai’i. 680 Ala Moana is a 2013 finalist for the Best Adaptive Reuse award from the National Association of Home Builders. Kamehameha School approached us with the idea of creating installs that were “positive, family-friendly, and sensitive to the neighborhood of Kaka’ako and Hawai’i.” We first spent a week on location gathering measurements, photos, making friends … END_OF_DOCUMENT_TOKEN_TO_BE_REPLACED 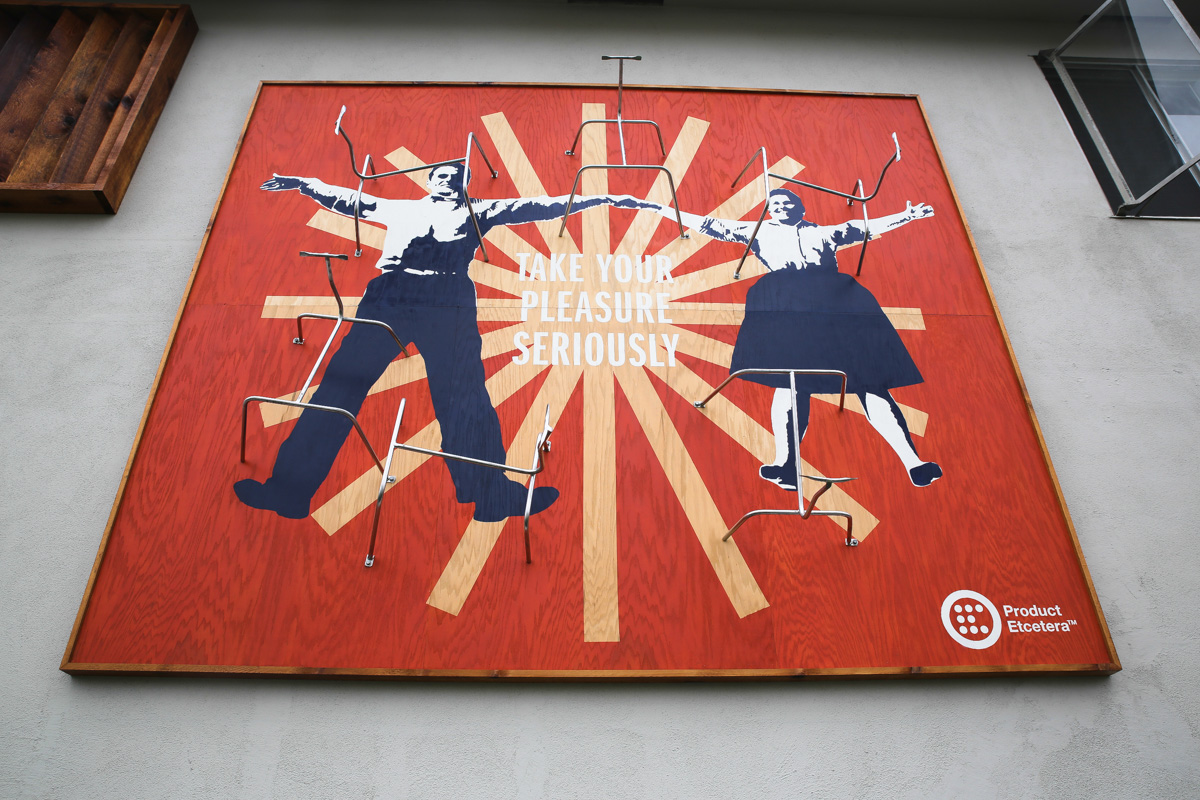 Environmental graphics, paintings, and installations designed as part of the remodeling of a mid-century, 28-unit apartment building in North Park, San Diego by the LWP Group’s Community brand. We were initially approached by LWP Group to concept, design, and produce two large installations on the facade of a mid-century apartment complex that was being renovated. LWP specified that they wanted the first installation to include a well-known portrait of Charles & Ray Eames, the highly influential 20th century American designers, … END_OF_DOCUMENT_TOKEN_TO_BE_REPLACED 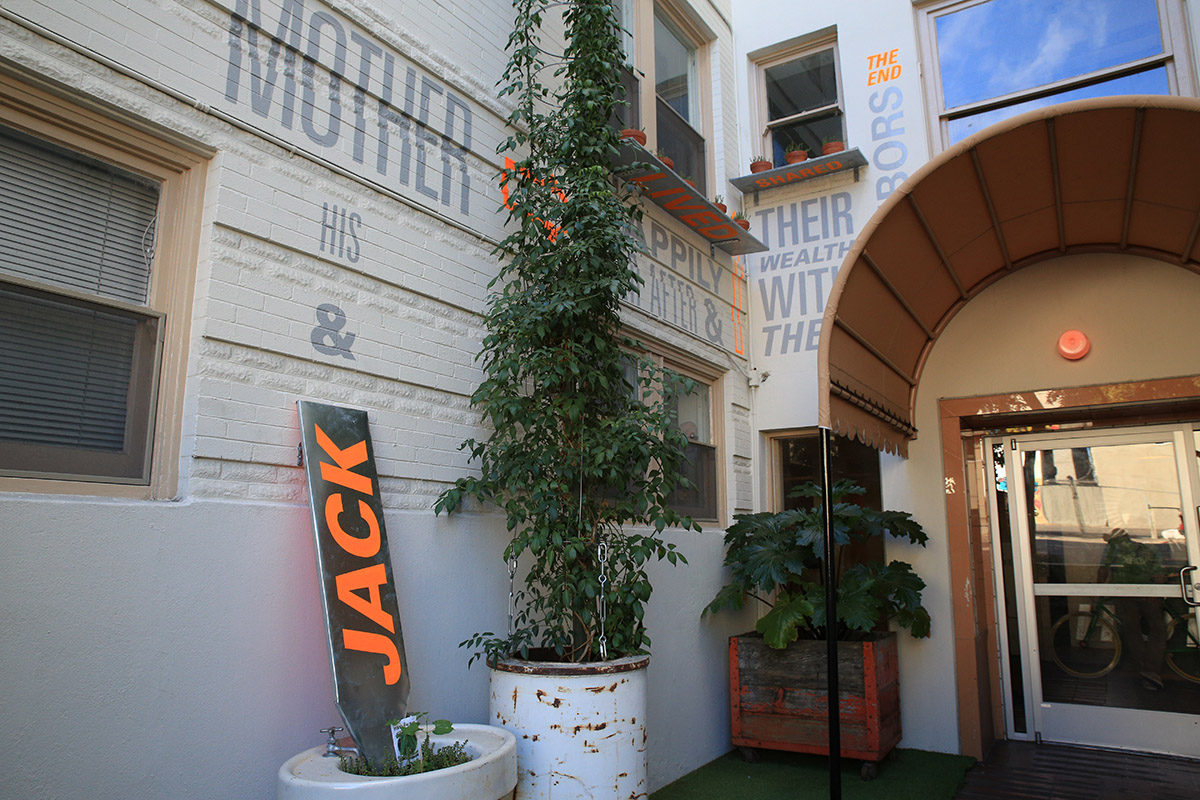 Environmental graphics and installations designed as part of the remodeling of a 1912, 80-unit apartment building in downtown San Diego by the LWP Group’s Community brand. With some fresh licks of paint, and the careful framing of reclaimed objects and surfaces we were able to help transform a neglected, dilapidated building from 1912 into a boutique apartment building filled with custom art and design. Throughout the building, art and design was created to align with LWP Group’s Community brand, their … END_OF_DOCUMENT_TOKEN_TO_BE_REPLACED 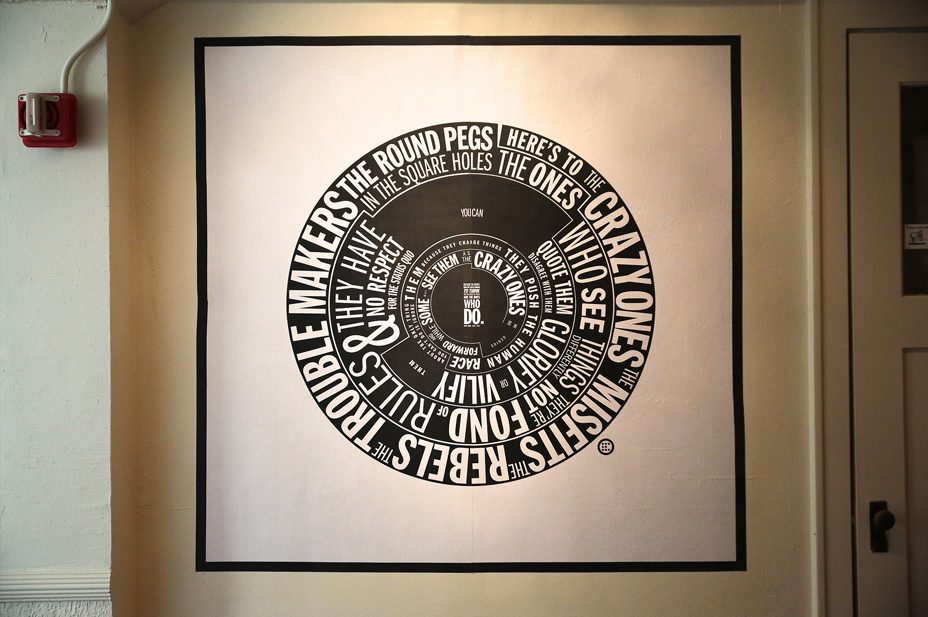 A poster based on the well known Steve Jobs* quote “Here’s to the Crazy Ones.” Commissioned by the L.W.P Group, it was intended to inspire and bring an element of play to urban settings. The graphic has been applied in various formats for multiple locations. One of our first challenges was expectations. L.W.P. Group was inspired by an already existing typographic interpretation of the quote that was visually stunning (albeit conceptually boring) and wanted a different yet equally impressive take … END_OF_DOCUMENT_TOKEN_TO_BE_REPLACED