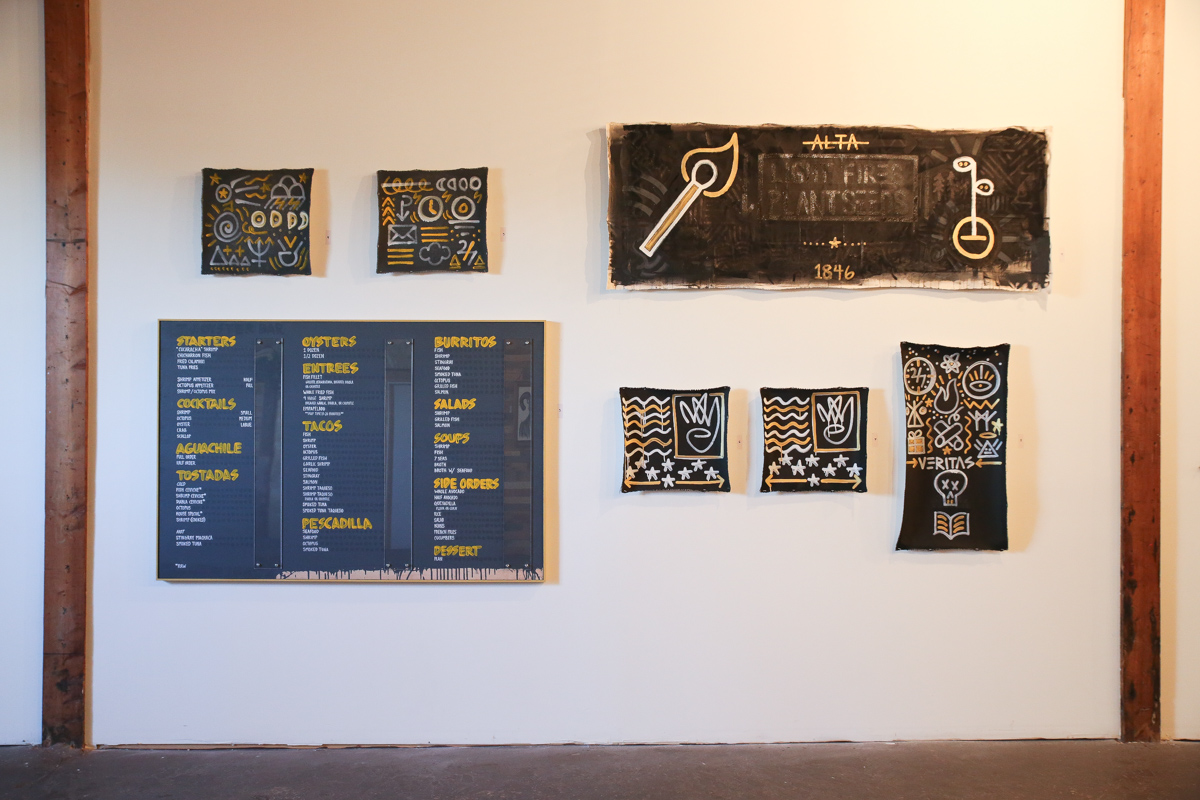 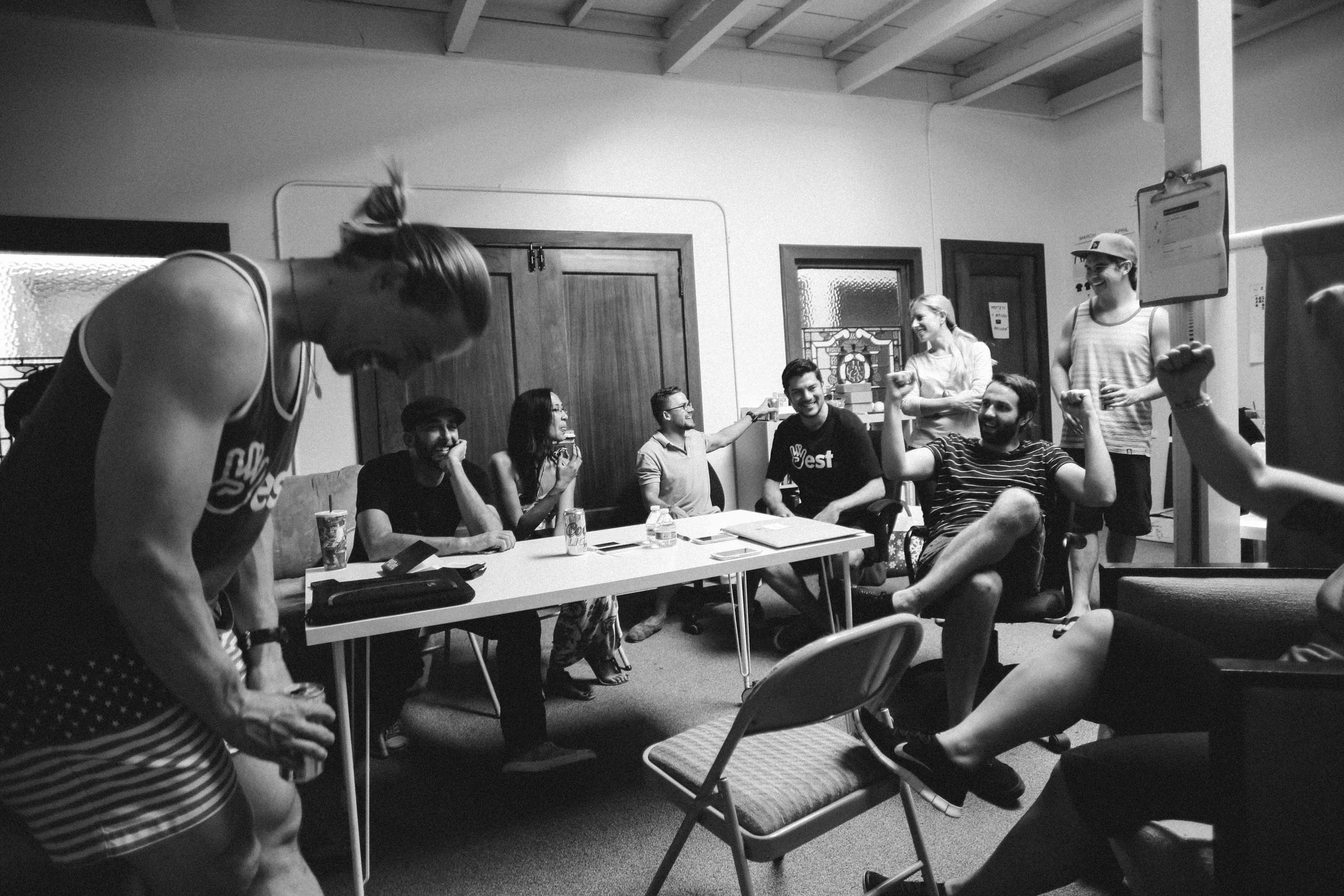 For the past 18 weeks (19th today), every Friday at 4pm we’ve held a forum of sorts that we like to call Creative Friday. The rules are simple: if you’re present, you have to present. So you have nothing tangible? No big deal, we know you have something to share; so tell us a story, sing us a song, or if it fits you, do a little dance. The idea is to share with others, and be held accountable for … END_OF_DOCUMENT_TOKEN_TO_BE_REPLACED 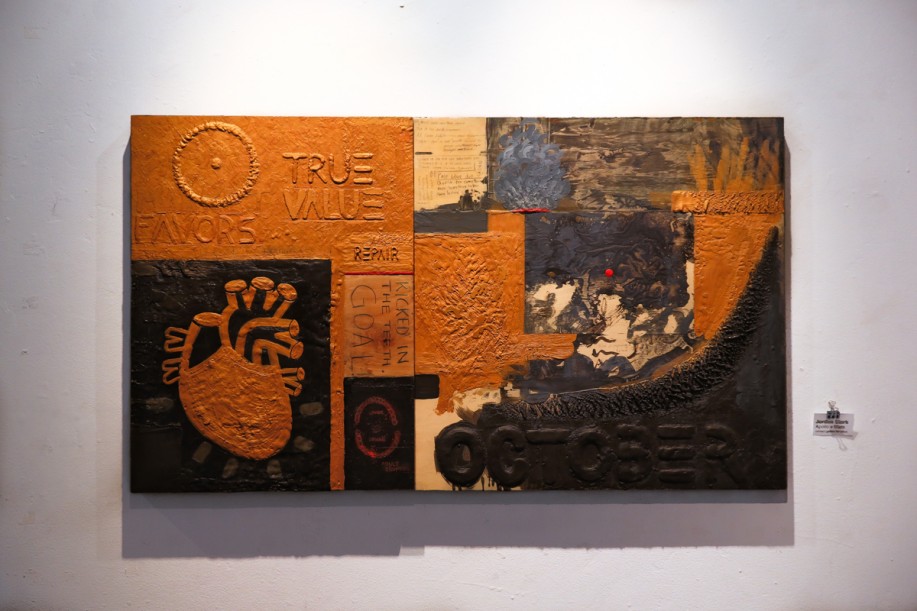 Last month I was invited to participate in a group show titled “Cross City,” held at the Voz Alta gallery in Barrio Logan. The theme of the show was to bring together emerging young artists from both sides of the San Diego (US) and Tijuana (Mexico) border region. I was happy to be invited, and planned on showing an encaustic painting I had recently began working on. Adrian Garcia from Con Design House, who curated the show, asked me if … END_OF_DOCUMENT_TOKEN_TO_BE_REPLACED 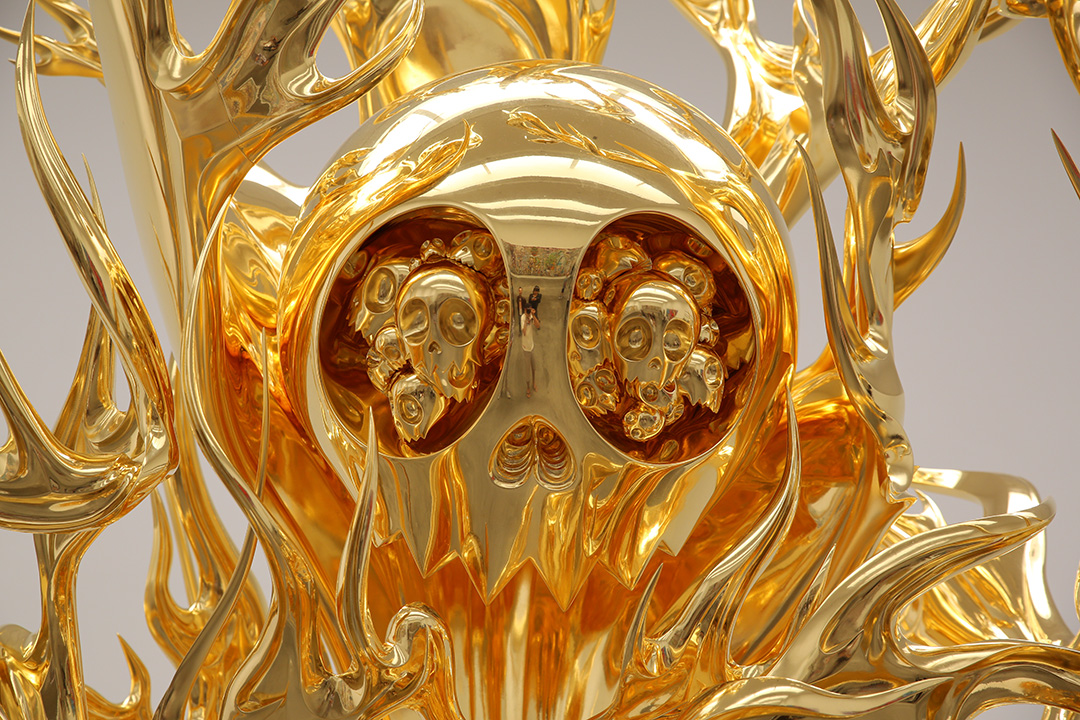 This weekend I decided to take a dip out of San Diego, and head north to check out Takashi Murakami’s “Arhat” exhibition at Blum & Poe in Culver City. For those unfamiliar with Murakami, he’s an artist / toymaker / animated filmmaker / entrepreneur from Japan. You may of seen his work if you’re familiar with the likes of Kanye West, or Louis Vuitton. Ever since I saw the huge ©Murakami retrospective at the MOCA in 2008, I’ve kept tabs … END_OF_DOCUMENT_TOKEN_TO_BE_REPLACED

We just finished this short for Knockaround & Pow Wow Hawai’i. It documents the  Pow Wow Hawai’i / Fort Knocks 1, and features just a handful of the great people and talented artists we met during Pow Wow 2013. Really hope we’re able to take part and contribute next year! Someway! Somehow! Special thanks: All our team members, Team Knockaround, Team Pow Wow Hawai’i, and every single artist we met and who gave us their time. Stoked. 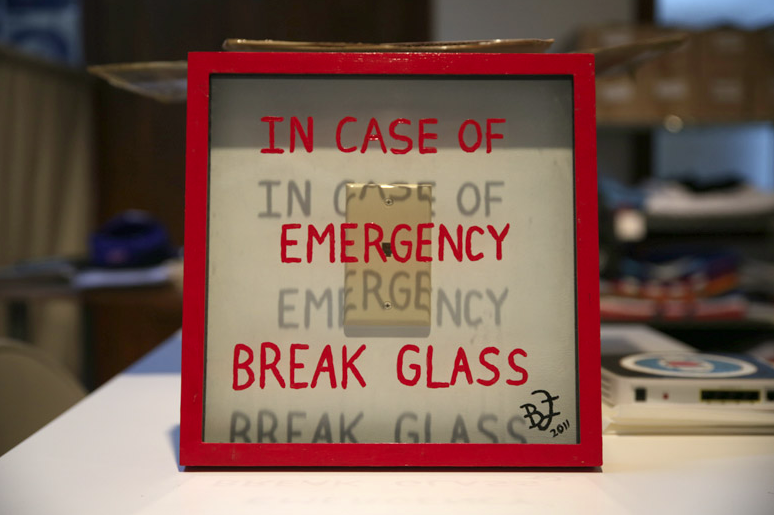 Let me take a second to introduce a friend of mine, Braydon Fuller. He’s always been a badass designer and web developer since we started college close to a decade ago. Since last year, he’s also been operating as an artist using conventional mediums to address topics such as: copyright law, free software, hacking culture, internet privacy, and his beefs with social-media platforms such as Twitter, and Facebook. When he’s not making art or developing for the web, he has … END_OF_DOCUMENT_TOKEN_TO_BE_REPLACED

Tomorrow The Spot, in San Diego’s Barrio Logan, will be poppin’ off for the Vision + Sound Art Show. We are excited and honored to be a part of this group show curated by Con of San Diego. Show starts at 6pm, and of course there will be plenty of drinks and live music. Here’s a peek at some 18×24 wood prints we will be selling tomorrow. The editions will be small and they’re all hand-printed, so if you’d like … END_OF_DOCUMENT_TOKEN_TO_BE_REPLACED

Last month our good friends over at Knockaround collaborated with San Francisco brand and design studio, Benny Gold, to release a set of limited edition sunglasses commemorating the 75th anniversary of SF’s most iconic landmark, the Golden Gate Bridge. We were excited to have a small hand in the project, helping out with design and production of the 1937 Fort Knocks packaging pieces. We also made it up to the release event at Benny’s SF shop, shot video, interviewed both … END_OF_DOCUMENT_TOKEN_TO_BE_REPLACED

A few weeks back the good people at A07 Entertainment & Media came by the studio to interview us. We are humbled that they find what we’re doing interview-worthy, and we’re always grateful for an opportunity to share our story and thoughts. We’ll keep the copy short and sweet as you’ll find we have plenty to say in the video. Make sure you keep tabs on A07, they are covering great things here in SD. Go easy on us, it’s … END_OF_DOCUMENT_TOKEN_TO_BE_REPLACED

A couple months back we put an exhibition together over at Double Break that showcased some of our in-house brands and products that we had in the works. Since we were previewing these pieces we kept pretty silent about the post event wrap-up on our blog. Now that we will be releasing our new line of caps next week we felt it was only appropriate to share some flics with those that were unable to attend. On display we had … END_OF_DOCUMENT_TOKEN_TO_BE_REPLACED

It’s been a while since our last post, and a lot has happened at PRDTetc™ over the last three months — we’ll do our best to fill you in over the next few posts. In the meantime, we’re really excited to announce an upcoming exhibition of ours at Double Break: Product Etcetera™ Brands, Gangs, Teams & Clans An exhibition showcasing our latest in-house brands and products. Brands, Gangs, Teams & Clans investigates branding, its role in society and personal identity. On … END_OF_DOCUMENT_TOKEN_TO_BE_REPLACED

Earlier this year we had the great pleasure of meeting up with Scien & Klor from 123Klan for some lunch. They had just bounced from trying to paint walls in LA with Dabs & Myla, but they were hassled by the police and decided to hit up Disneyland instead. I’ve been an admirer of Scien & Klor’s work for a little over 10 years, so it was a lot of fun to meet them. It’s truly rad to see them … END_OF_DOCUMENT_TOKEN_TO_BE_REPLACED

Yesterday, I made a bonsai drive up to the MOCA in LA to see “Art In The Streets” before it shuts down this week. I ALMOST slept on this, and I honestly would of kicked my own ass if I missed this show. If you didn’t make it in the flesh for whatever reason, I’m going to warn you that his post will not fairly represent this massive graffiti/street art retrospective. It was one for the history books kinda like … END_OF_DOCUMENT_TOKEN_TO_BE_REPLACED

This weekend was kicked off on the right foot with the grand opening of the Double Break gallery/art shop. Artists Matt Coors & Louis Schmidt are the captains steering this venture which is currently unlike anything here in San Diego. For those familiar with Giant Robot (LA, SF), Park Life (SF), Subtext (SD), Family (LA), or the Junc Gallery (LA), Double Break is serving up a similar format. However, based on their first exhibit my guess is their programming will … END_OF_DOCUMENT_TOKEN_TO_BE_REPLACED

Tonight the PRDTetc™ two-man crew will be rolling out to Double Break’s Grand Opening. Our friends Matt Coors and Louis Schmidt are adding to the always growing San Diego art community with their brand-new gallery/art shop. Double Break will have a regular, rotating exhibition schedule and shop with select art books, T-shirts, prints, objects, and more! We’re honored to have several of our PRDTetc™ pieces at their shop. You can also expect to find a solid selection of shades from … END_OF_DOCUMENT_TOKEN_TO_BE_REPLACED

a.k.a. Malcolm X. Still a lot of work to do… but getting there.

Project Gallery, L.A.Saturday December 1st 7-11pm 50% of all proceeds go to Make A Wish Foundation. The loose theme is “holiday cards” and the format assigned to us was 4"x6". Artists could produce 1-3 works. trypdich below—• Blackfriday toner, graphite and wax crayon on paper• “Great Gifts, Great Values” – PepBoys toner on paper• Santa’s Business toner on papereach print is in an edition of 15, signed and numbered Come through, b.y.o.b.!

The Art Directors Club — Hall of Fame. A terrific list of names.

This was an editorial commision for Art Center’s trademark canopy bridge. I took the approach of researching the campus architect Craig Ellwood. His buildings were known to include pratt trusses as a form of trademark for him in his modernist structures. Many times, they were included and served no specific support other than for aesthetics and identifying his buildings. This truss bridge is a very prominent feature of the school’s campus which resides in the tree laced hills above Pasadena, … END_OF_DOCUMENT_TOKEN_TO_BE_REPLACED